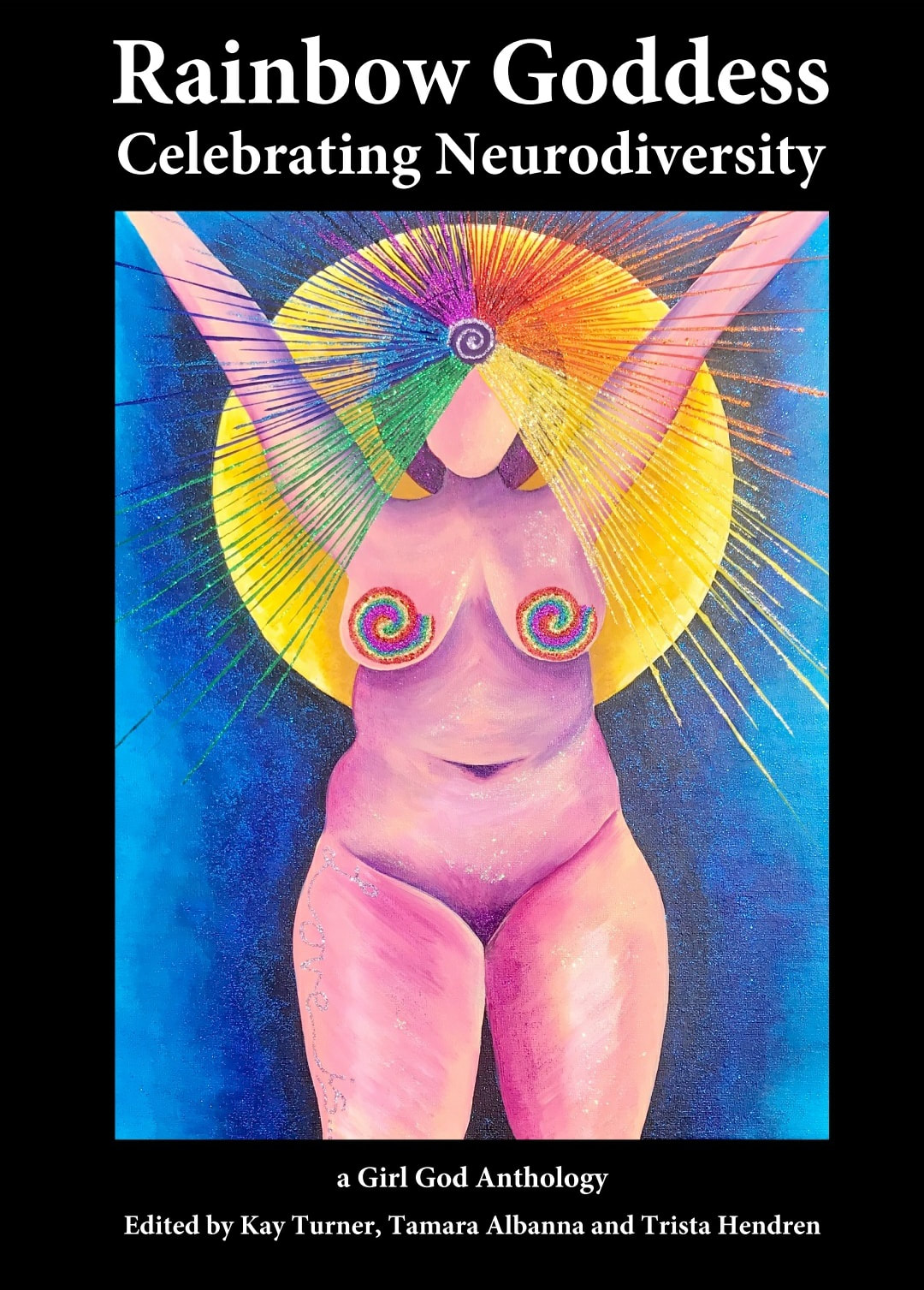 Rainbow Goddess lives within the full spectrum of the human mind.

There is not one way of thinking, learning, or behaving that she does not inhabit fully and sanctify.

This carnival and inclusive Goddess celebrates the gifts of those whose mind’s exist and operate outside the box of society’s ‘norms’ and she trumpets the creativity, visions and uniqueness of these humans.

​Rainbow Goddess also protectively arcs around them when they encounter the struggles of patriarchal expectation and judgement of being both neuro-divergent and a woman.

This Girl God Anthology showcases the voices and art of women as they express their experiences of neurodiversity.

"This vital book addresses neurodiversity, the creative coping skills women have developed to survive, and a call to normalize difference. This broad spectrum of responses is itself a refraction of the light, the illumination possible through understanding after deconstructing phallacies (patriarchal fallacies) of impossible standards and celebrating lived experiences. Full of fierce and feisty voices, this is not your standard anthology; Rainbow Goddess is a compendium of creative testimony begging your attention."

-April Heaslip, PhD
​
"How refreshing and liberating to hear from the voices of the neurodivergent as they also delve into the nature of the human spirit! Rainbow Goddess: Celebrating Neurodiversity gives an empowering space for those who have felt exiled or othered by their own divinity, and sheds a light on how we may embrace and lift up their gifts instead."
​
-Ora North, Author of I Don't Want to Be an Empath Anymore: How to Reclaim Your Power Over Emotional Overload, Maintain Boundaries, and Live Your Best Life and Mood Magick: Wellness Spells and Rituals to Find Balance in an Uncertain World